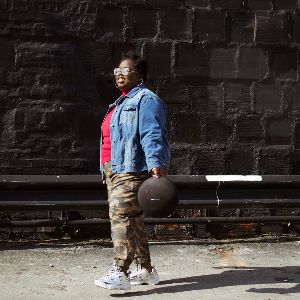 Schondra Aytch is a Buffalo, NY-based writer who covers all things music and culture. Most known for creating burgeoning hip-hop and r&b blog, Sneakvibing, Schondra has written for multiple publications within Western New York like Cornelia Magazine, Buffalo Magazine, Beau Fleuve Music + Arts, and The Public, among many others. Schondra is a current contributing writer for The Challenger News. You can learn more about her at Sneakvibing.com! 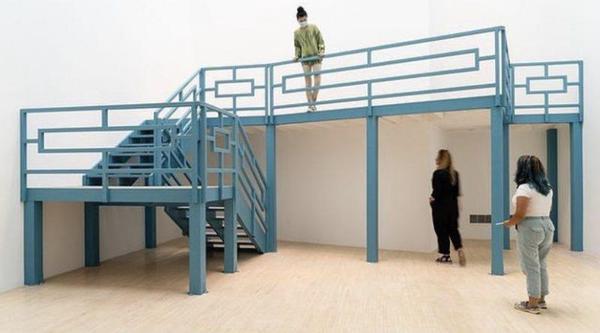 Pulling inspiration from the Civil Rights Movement, Brooklyn – based artist Heather Hart’s Afrotecture (Re)Collection explores the concepts of translation and space. The exhibition, which is currently on view at University At Buffalo’s CFA Gallery highlights a recreation of the railing at the Lorraine Motel, in Memphis, Tennessee where Martin Luther King was assassinated. Activated by viewers, the sculpture will be accompanied by musical performances, discussions, and organization visits to dee 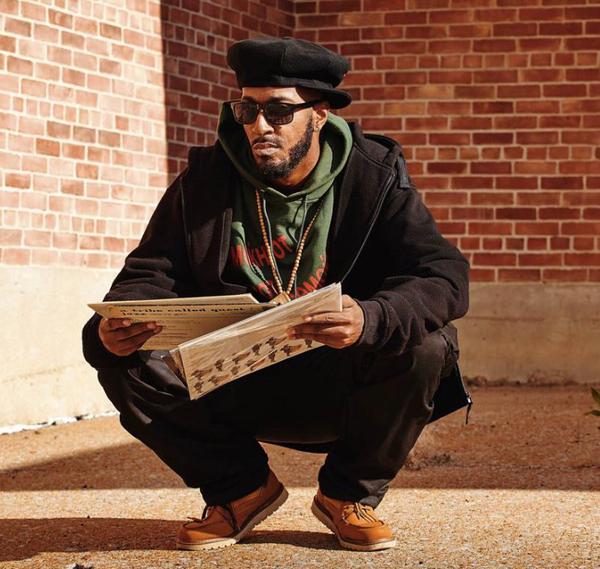 Cee Gee: A Man Of Many Beats

Picture this: You’re sitting on a comfy couch watching public access television and it’s snowing outside. Jimmie Green of the weekly “Buffalo Talent Showcase” appears on your screen, inviting you to stay tuned for riveting musical talents. Clips of local Black musicians spanning genres brighten your screen—along with rising creatives, fellow programmers and a short, fun segment of the dancing Green Beret Kids that brings the show into a commercial break. Occasionally, the camera cuts to a hand-sized sculpture of a white buffalo that Jimmie made back in his Air Force days. 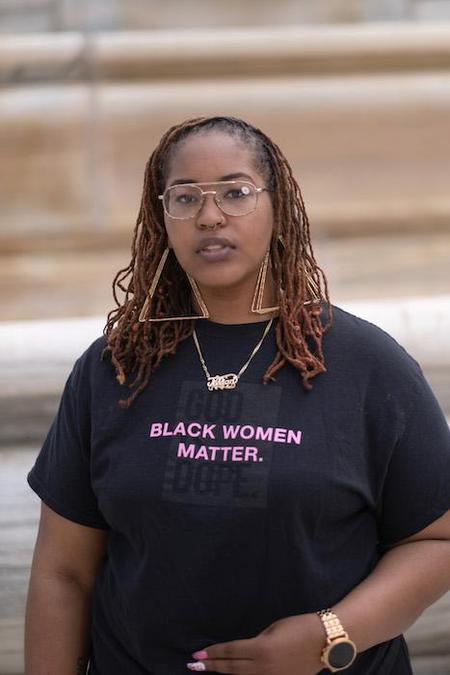 Jillian Hanesworth has been doing the work. An organizer, activist and poet, the 28-year old has used her voice to support underserved neighborhoods in Buffalo for the last 5 years, but her new role as poet laureate is bridging the gap between the local government and the community. Historically appointed on March 16, 2021 by Buffalo’s city council members, Hanesworth’s obligation as the city’s first poet laureate is to share her poems for events and special occasions, but she plans to use the p 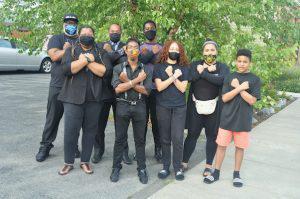 The Wakanda Alliance: A Program on a Mission to Inspire Youth and Keep Afrofuturism Alive and Well in Buffalo! – The Challenger Community News

pictured above l/r Wakanda Alliance Program founders DQ, Anthony Pierce, Da’Von McCune and John Washington (group photo on left by A. Dorcely) Black Panther’s conspicuous debut in Captain America: Civil War was an exciting confirmation for local socialite DQ Grant and community activist John Washington, that their favorite comic book superhero would finally get his story on the big screen. Before the cultural explosion that resulted from Marvel’s Black Panther film, both Grant and Washington we 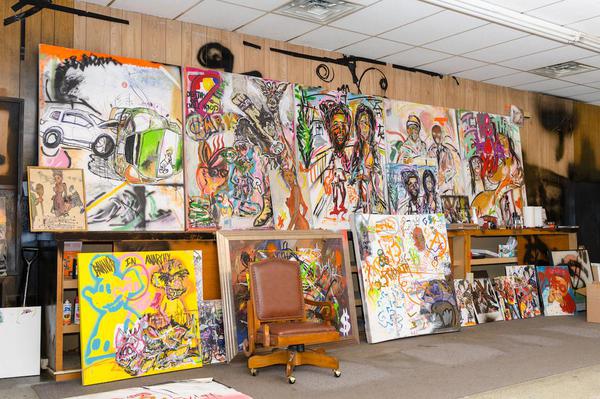 A major lure of Buffalo hip-hop lies in its audacious imagery. The Queen City’s brand of rap music is rooted in artistic expression without boundaries — whether it’s reimagining Caravaggio’s David With the Head of Goliath (1601) with flashy chains or performing live wearing Nicolas Cage masks — and so far it’s been successful. In the last few years, longtime street rap trio and label conglomerate Griselda has broken into the mainstream music industry, a handful of regional acts have signed major

In late 2019, the current acting director of the Burchfield Penney Art Center, Scott Propeack, reached out to a select group of curators and artists to curate an exhibition highlighting community voices. The chosen group – made up of Katharine Gaudy, Zainab Saleh, Dana Tyrrell, Rebecca Wing, and Tiffany Gaines – took on the project and made the collaborative effort to showcase a diverse set of contemporary artists reflecting the times through their art. The resulting exhibition from the group’s 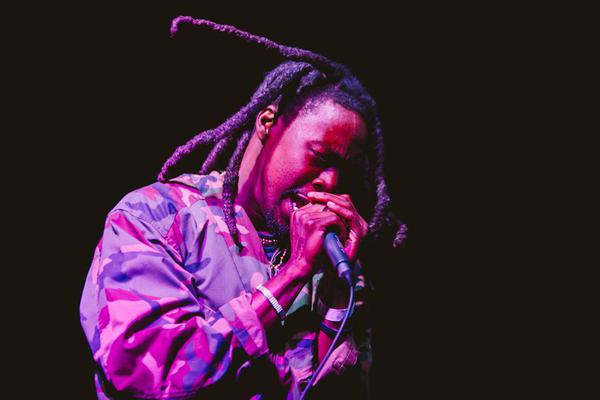 Buffalo, NY Rapper Billie Essco is constantly elevating Hip-Hop. Combining music, art and street culture, the burgeoning artist has contributed much Buffalo’s creative community. A recurring performer here at Beau Fleuve’s annual music and arts festival and a growing talent on the national music scene, the 29-year old rhymer is one to watch. With the acclaim of his most recent effort Aesthetic Raps,(released this past summer) the stylish rapper brings a fresh dynamic to Buffalo’s hip hop cultur 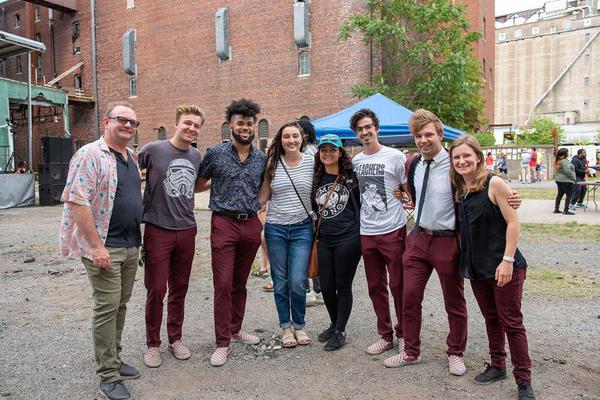 Emerging from a praised garage band to alt-rock touring artists, Mom Said No’s star is ascending. The group (made up of Lead Vocalist, Tim Jackson/ Guitarist, Elliot Hunt/ Pianist, Chris Lillis/ Bassist, Ben MacFayden and Drummer, Marcus Ryan) has built their profile through their catchy tunes and memorable performances. Fresh off a string of well-received shows and now growing their presence on social media, the rock quintet’s future looks promising as a national act. Influenced by Buffalo, Ne 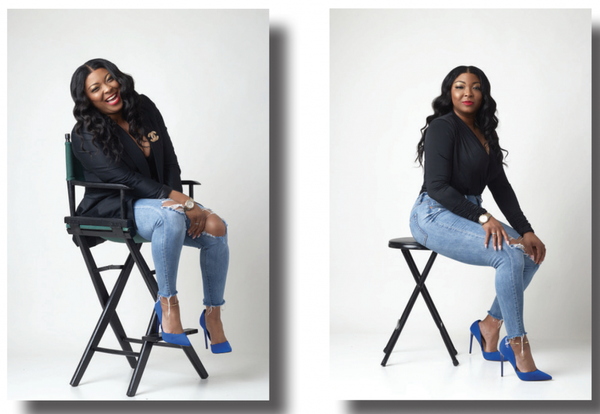 For Adriana Viverette, radio has always been an integral part of her life. Even as a child, she enjoyed listening to the radio more than watching television. Born and raised on the Eastside of Buffalo, tuning in to DJ Hukher and Dawn “Break-A-Dawn” every day was a tradition for the future radio host. “I fell in love with those voices…they entertained me, they educated me, they enlightened me, they made me laugh. I had fun with them. They played jokes on people…and they get to play music,” Adrian 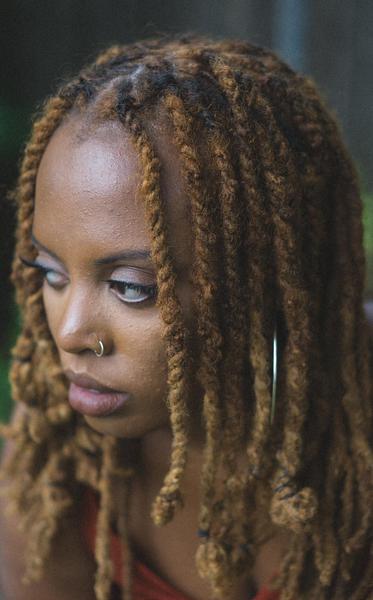 Whether it was MC-Lyte leveling the playing field in the male dominated industry of the ‘80s or Queen Latifah promoting cultural “Unity” in the ‘90s to the Lil’ Kims, Foxy Browns, and Trinas exuding sexual prowess in the early 2000s, women have always redefined hip hop. The historic storytelling of femcees spitting the struggles and luxuries which exist specifically at the intersection of blackness and womanhood has contextualized the genre into what it is today — an international phenom. With a
Load More
Close ✕

Talk to me! Follow me on all socials at @Sneakvibingblog. For business inquiries or writing services, you can contact me via email or with the contact form below.